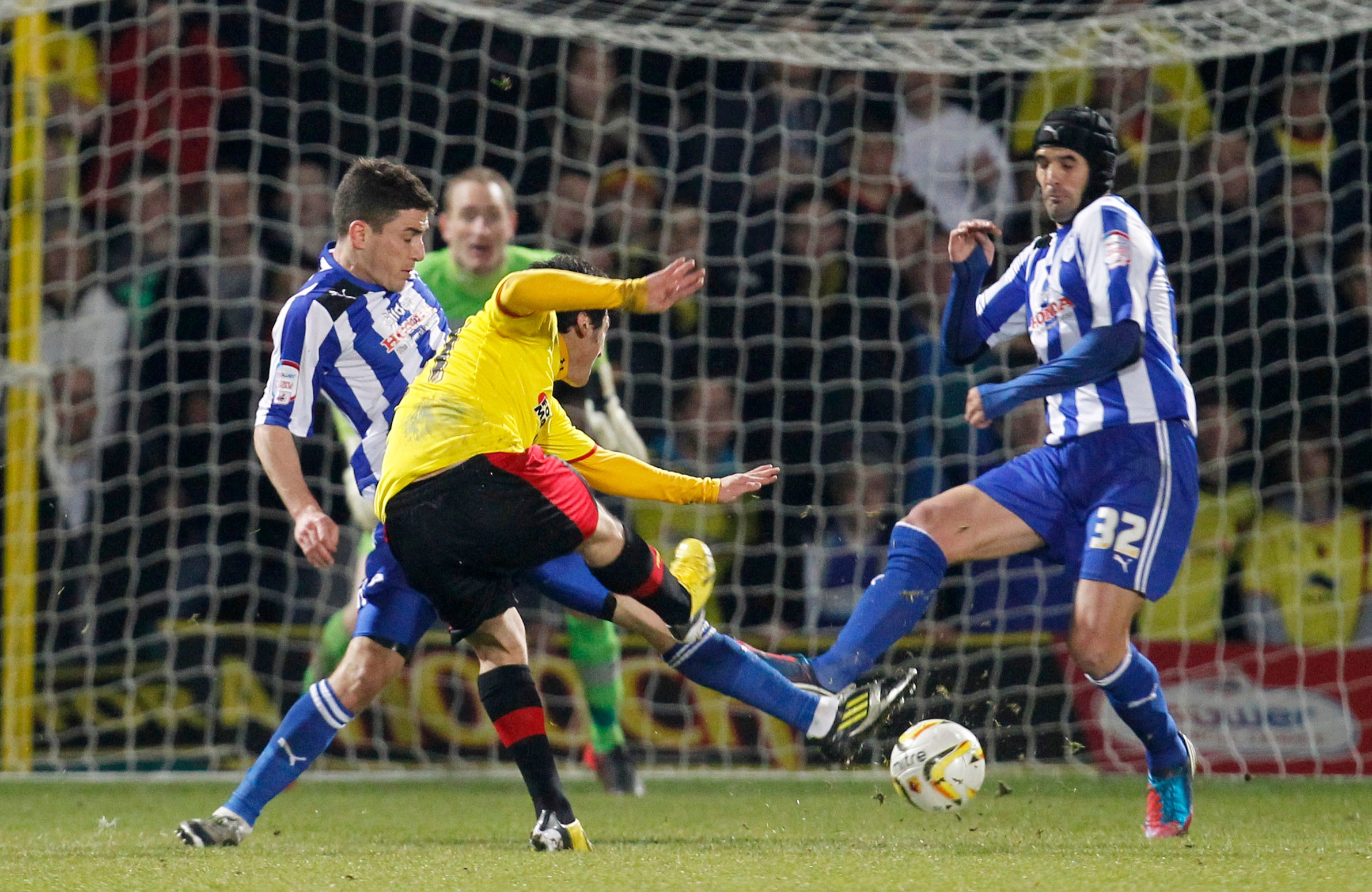 Whether your team has clenched promotion or fallen into the league below, the inevitable end of the season brings a wide range of emotions. And with the end of the 2015/2016 season, we have decided to recognise two of the English Football League’s greatest tales.

Back in 2012, Northampton FC were issued a 10.25-million pound loan by the local council. This was a momentous occasion for the club. Northampton FC finally had enough support to upgrade their stadium. Yet four-years on, the stadium has not been upgraded and the money is nowhere to be seen. So what has happened to the £10-million?

For the people of Northampton this has been an ordeal.  And the 2015/2016 season seemed to kick off on a similar note. The club’s bank account froze in October 2015 and shortly after, the police opened up an investigation into the alleged on-going financial irregularities. Sadly for Northampton, the club has been thrown into the national spotlight for all the wrong reasons.

Off the pitch, the club was on the brink of extinction, but on the pitch it seemed to be a different story.  Northampton’s fourth game of the season marked the beginning of a 10 game winning streak. Out of their 46 games throughout the season, Northampton won 26 – the most by any side in all four divisions. 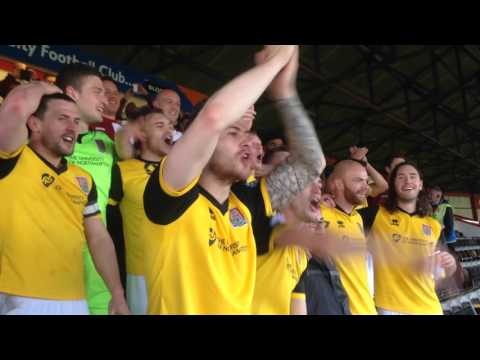 The impressive and consistent form from the Northampton side is a world away from the speculation and sorrow that surrounds the club off the pitch. The clubs performance saw them finish a decade-long wait for promotion, finishing top of the league with 99 points! It is safe to say that Northampton’s performance this season will go down in history. A performance that transformed a club from zero to hero. 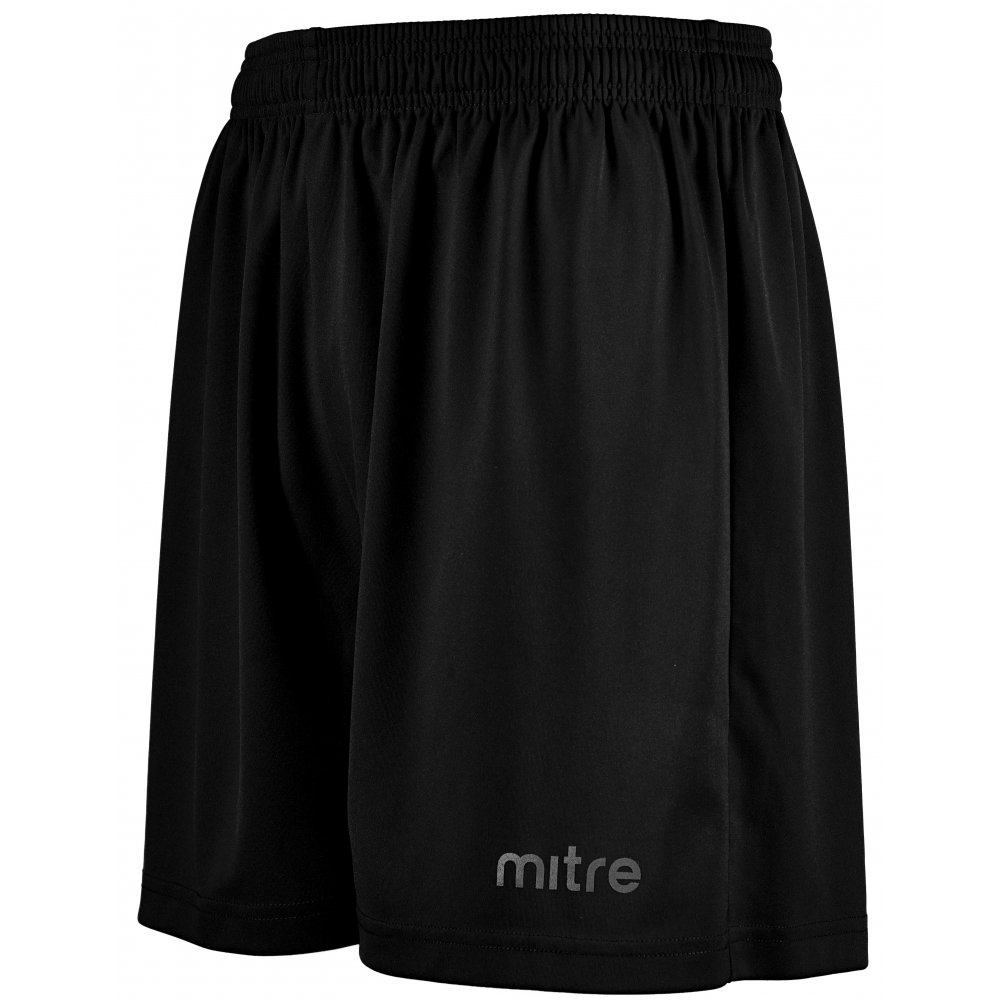 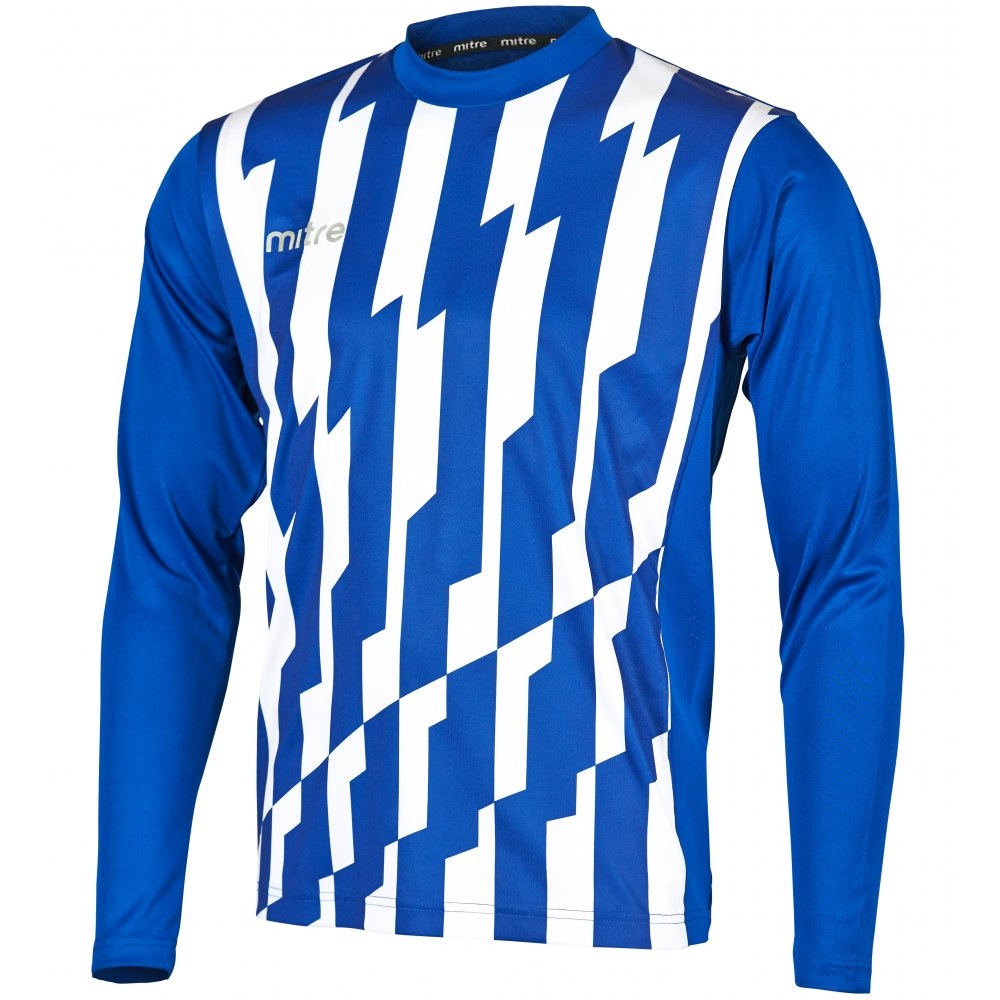 The 2012/13 season saw the Hornets take on the Foxes in the playoff semi-final for a chance to gain promotion. This battle for a possible spot in the Premier League was definitely one for the history books.

The semi-final was to be decided over two legs. The first was nothing out of the ordinary with Leicester City winning 1-0. However the return brought a lot more to the table. Watford took the lead through Matej Vydra’s specular volley. But the joy for the Watford fans was short lived as Leicester’s David Nugent put the foxes back in the lead just four minutes later. Twenty minutes into the second half, Watford put themselves level again with the aggregate score reading 2-2.

In the 95th minute of the game (well into injury time), Leicester City’s Knockeart drove himself into Watford’s penalty area. It was at this moment that Watford’s Marco Cassetti placed his hand on Knockeart’s shoulder – apparently just enough contact for Knockeart to yank back and hit the floor. A penalty was given.

Kockeart was supposedly the Foxe’s best penalty taker on the pitch. He hit a weak strike down the middle, easily saved by Almunia. 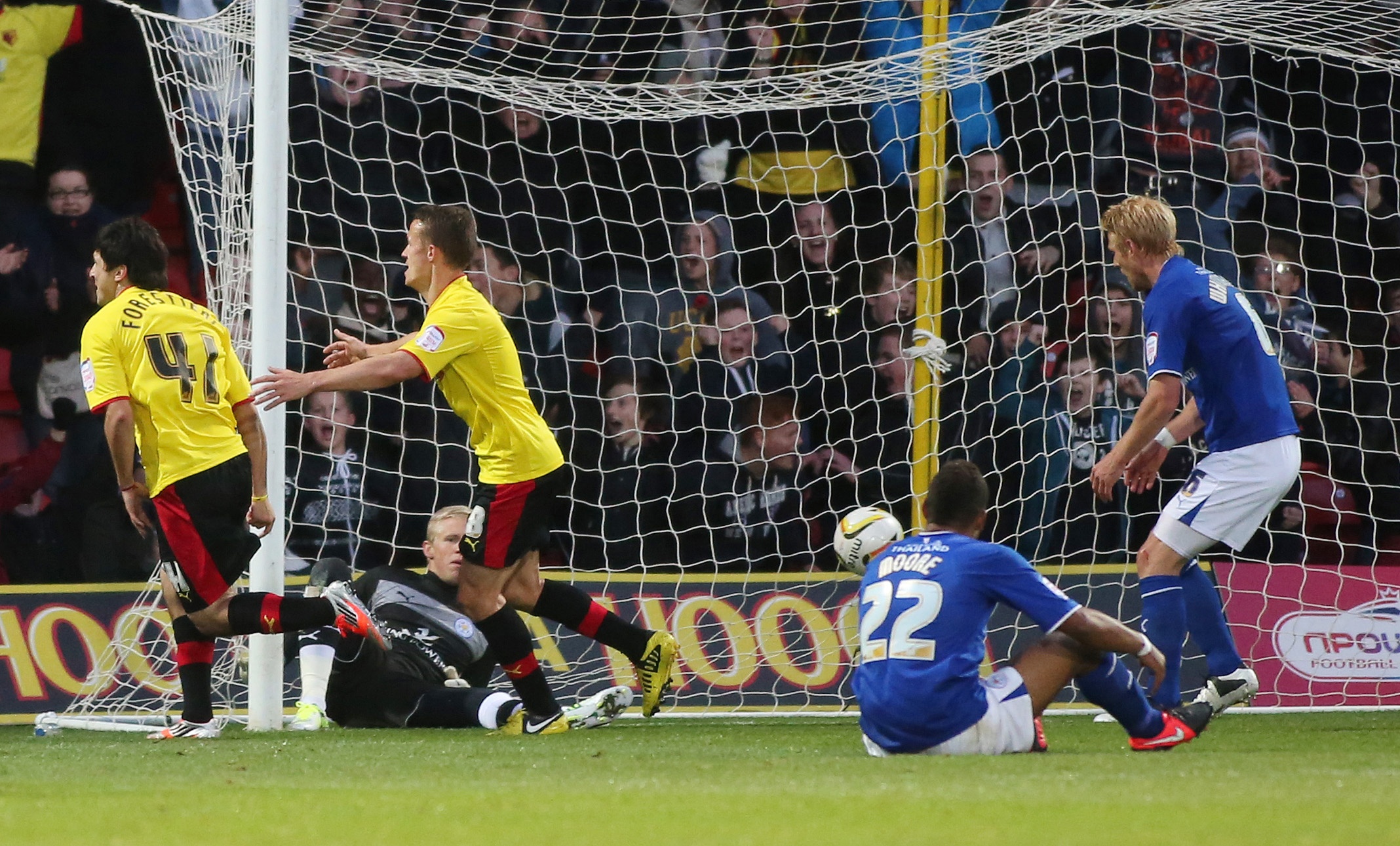 I was so relaxed out there, I guessed the direction the penalty was going, saw the ball dropping in front of me and turned 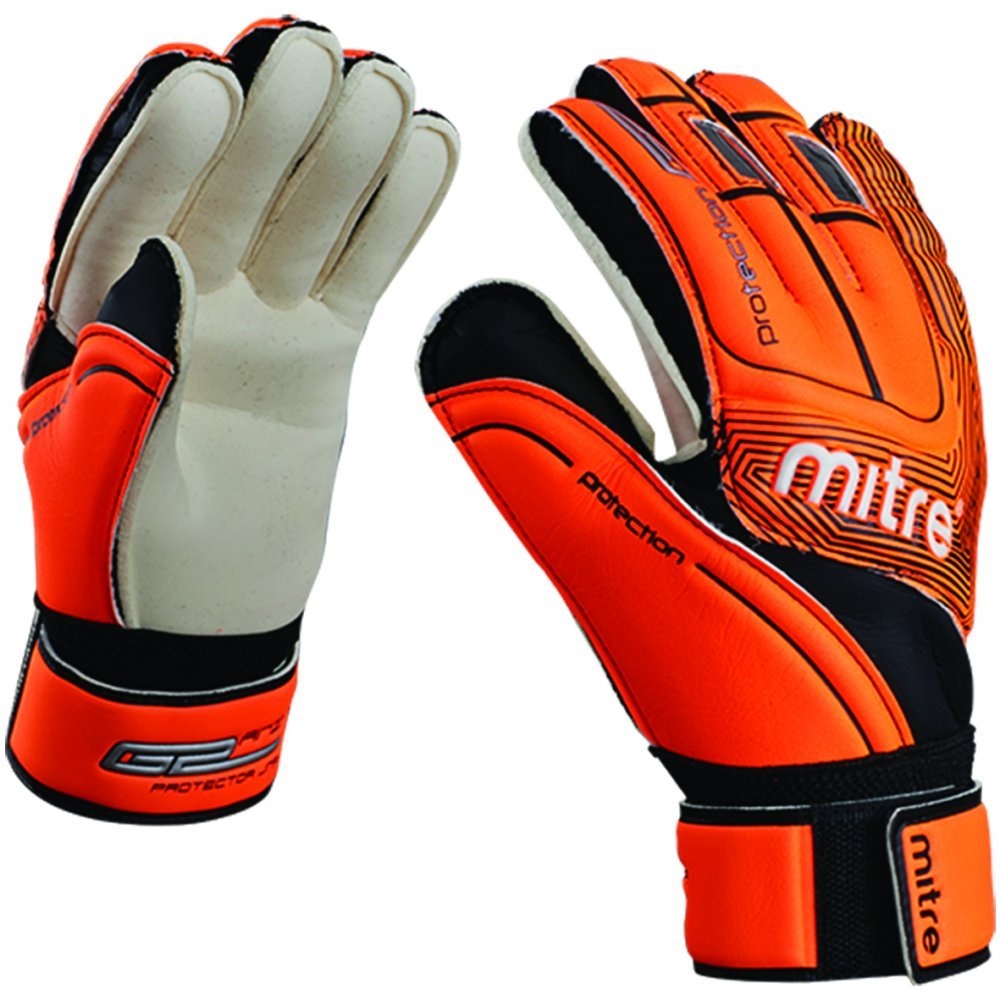 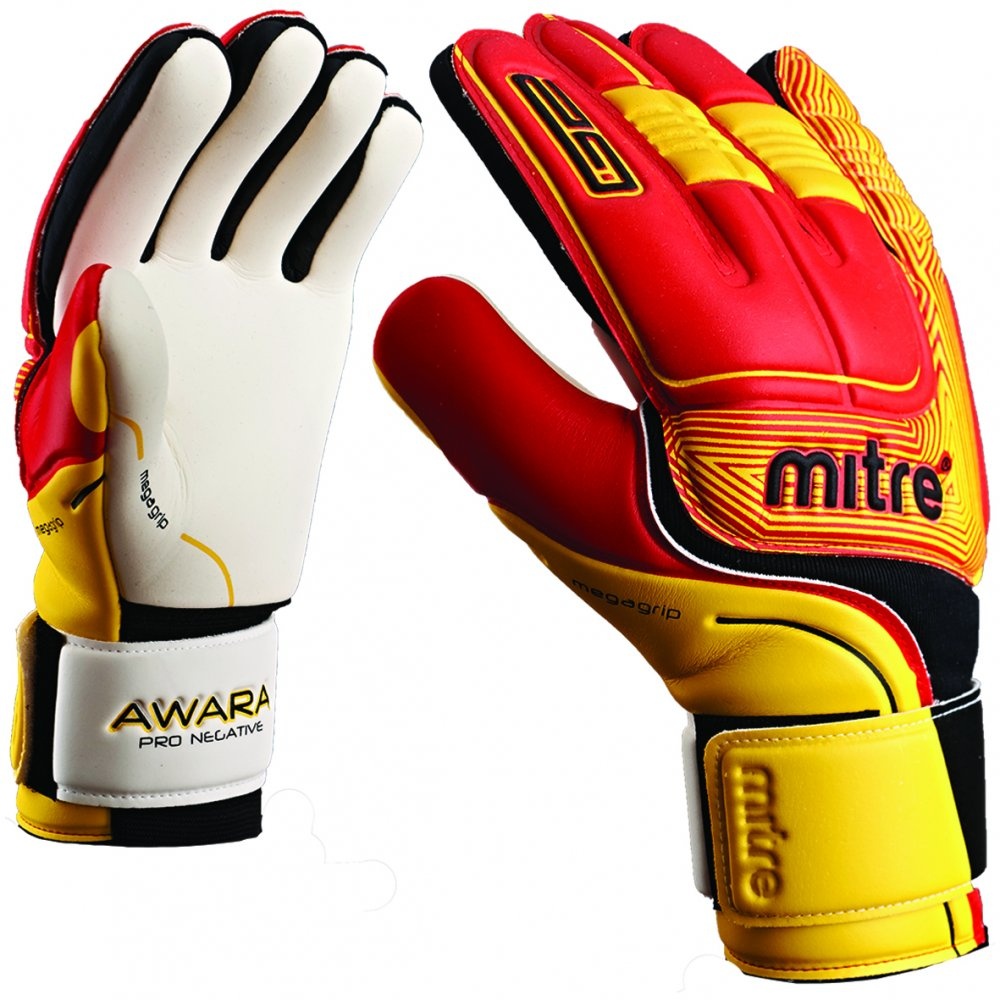 After a slim chance of a rebound for Kockeart, Cassetti redeemed himself and cleared the ball. His teammate Anya brought the ball down and took off down the right wing. Anya delivered a short pass to Forestieri who beautifully crossed the ball into Watford’s Jonathan Hogg waiting at the back post. Unselfishly, Hogg laid it off comfortably to Deeney running in to the middle of the box ….

Boom. A moment of magic. Within 20 seconds and 5 moves Watford had managed to save a penalty, play the ball up and score an outstanding team goal!

Do not scratch your eyes, you are really seeing the most extraordinary end to a football match 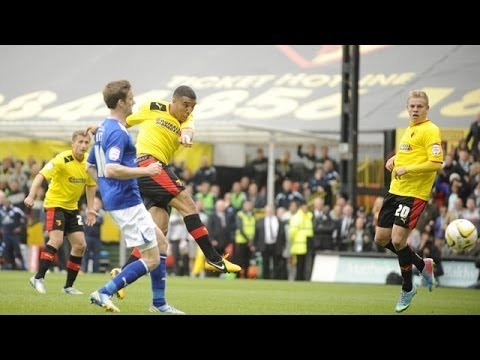 It’s crazy to think that throughout this game both Jamie Vardy and Harry Kane were sitting on the bench. The 2015/2016 Premier League top goal scorers. Nevertheless, this is a tale that will be remembered for years to come.