This site uses cookies to provide and improve your shopping experience. By continuing to use this site, you agree to accept these cookies.
For more information, please see our Cookies Page
More Info
Ok
Mitre BlogPartners & SponsorshipRoad to the Checkatrade Trophy Final
Menu
Partners & Sponsorship

Road to the Checkatrade Trophy Final

Come Sunday afternoon one team will be walking away from Wembley – crowned as champions. Coventry City face Oxford United in what promises to be a great finale to the revamped competition.

Wembley wont be a new experience for some of the Oxford players. Last year they fought their way to the final of the Johnstones Paint Trophy – only to lose out to Barnsley in a thrilling game. For Coventry it’s a much needed visit to the home of football. They currently find themselves lying at the bottom of League One – 9 points from safety – and have had just as many difficulties off the field with fan unrest at the ownership of the club. A visit to Wembley is just what the fans, players and club needs right now!

What a start for Oxford! After gaining promotion into League One in 2016 they continued their fantastic form at the start of the season by putting four past Exeter City in a hugely entertaining game at the Kassam Stadium. After going 2-0 up in the game Exeter hit back to equalise 2-2 – but goals from Ryan Taylor and Alex MacDonald finished the game off as they progressed to the next round.

They then faced Swindon Town and continued their great form in league and cup by going seven games unbeaten. They did lose on penalties in the new Checkatrade format but they still picked up a point whilst Swindon took two leaving progress to the next round in their own hands. That game was against Chelsea’s U21 Development Squad. The EFL introduced Premiership and Championship development squads into the tournament to help develop the British game and allow British players’ the chance to play competitive football – and Chelsea almost took all three points until a late Kane Hemming’s goal in injury time forced extra time. Once the full-time whistle was called Oxford knew they’d sealed their progress – despite losing on penalties and missing out on the bonus point for a second game running. 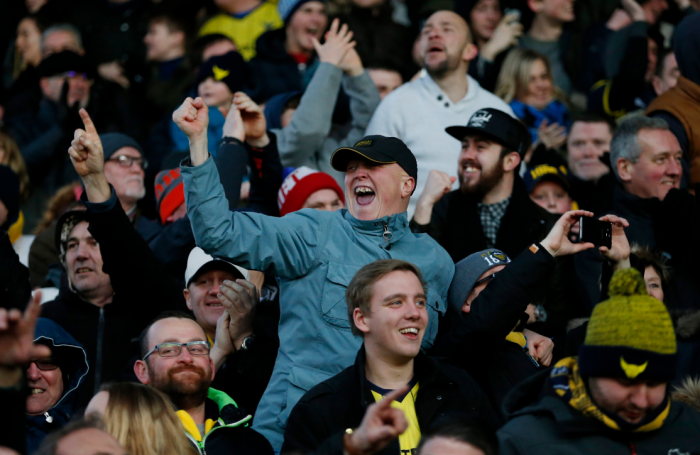 Coventry City started their campaign in identical fashion – with a fantastic 4-2 victory over West Ham U21’s. They came from behind to score four goals without reply including a brace from Turnbull – before a late dismissal a an injury time goal from West Ham took a little gloss off the victory.

By this point it was clear that Coventry were going to have a difficult season after registering just two league wins by October but that didn’t stop their cup form. Their next opponents were Northampton Town and what a cracker it was! They scored through Agyei after less than a minute – but just a minute later Northampton were back level! The Sky Blues restored their lead on the 8th minute mark before making sure of the victory through a Lameiras strike in the second half!

After two victories in the group stage it was likely Coventry were heading through to round two but they made sure of that with an epic victory over Wycombe – coming from 2-0 down away from home to score three goals in six second half minutes to lead. They held on to the lead before Bigirimana dispatched a fourth late on to get the celebrations going!

Third time lucky! After failing to pick up a bonus point in their last two fixtures – after losing their penalty shoot-outs – Oxford made sure there was no repeat against Southend! It looked like extra time and penalties would be needed as Maguire scored from 30-yards out but a late equaliser in the 86th minutes forced the U’s into penalties.

Coventry’s game was also a tight affair with just two shots on target by both teams – but it was Sordell who was clinical in front of goal to put City through 1-0 against Crawley Town.

With both teams going well in the league Oxford vs Scunthorpe was a game with drew plenty of eyes – but it was Kane Hemmings who took all the plaudits. After going a goal behind Oxford delivered a first-class performance with Hemmings claiming a hat-trick moving his seasons tally into double figures.

Coventry’s scoreline was equally as dominant – as they faced Brighton and Hove Albions U21’s. They were coming off a two game unbeaten run in the league and the confidence showed as they took apart their younger counterparts. They scored 3 of their 2 shots on target in a strong 3-0 display at home.

After an exhilarating game against Newcastle United in the FA Cup on the Saturday it was understandable that the U’S had a slow start but they went into half-time with the score at 0-0 against Bradford City – so it was all to play for in the second half. And the team-talk worked! They came out with passion – and that coupled with their finishing saw them score two goals in quick succession – in the 53rd and 55th. Bradford put away 85th minute goal to make it an edgy finish, but Oxford held on.

Coventry were the ones who left it late in their game against Swansea City U21’s as they found themselves behind to a second half penalty from McBurnie – but Willis was the hero as he slotted away an 85th minute chance before the team battled to penalties. And it’s here where they were really clinical. They held their nerve to progress to the semi-finals with a 4-2 penalty victory. 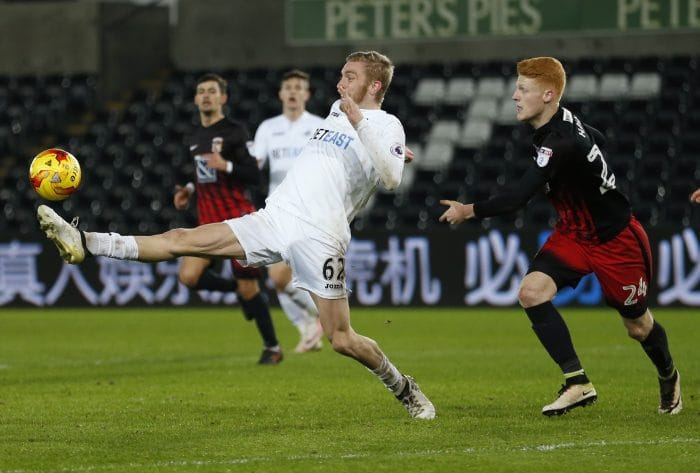 Coventry were the first to play their semi-final fixture as they drew Wycombe Wanderers. They’d already faced Wycombe in the group stages and made a remarkable comeback in that game so they were full of belief ahead of the game – and it showed. Goals from Beavon and Thomas put them 2-0 within 20 minutes and on course for victory. A second-half comeback wasn’t unlikely as Wycombe pressed and had a lot of chances – but they could only take one through Akinfenwa as they put 11 chances wide of the goal! A 2-1 victory…and they were on the way to Wembley.

Oxford United had to wait for their semi-final which was placed several weeks after at the beginning of March – and their opposition were League Two Luton Town who’ve been pushing for a play-off place all season. They went ahead fairly early through Edwards, who found the back of the net within 10 minutes, and they were further ahead through a Ruddock own goal. But that wasn’t it. The Checkatrade has been exciting this year and really delivered come classic games and the 7,000 crowd will remember this one as Luton came back…! Goals through Vassell on 72 and League Two Player of the Year nominee Danny Hylton made it 2-2 with his equaliser on the 82nd minute. But Oxford prevailed. They went down the other end with menace and scored through Johnston with just 5 minutes remaining and held on for victory.

So far unwritten…! Who’ll it be? Coventry City or Oxford United?

Tell us your game predictions in the comments section below.