X
This site uses cookies to provide and improve your shopping experience. By continuing to use this site, you agree to accept these cookies.
For more information, please see our Cookies Page Cookies Page.
Accept Cookies
FREE DELIVERY & EXTENDED RETURNS
SAVE 15% WITH STUDENT BEANS
Mitre BlogPartners & SponsorshipEFL Team of the Season
Menu
Partners & Sponsorship

EFL Team of the Season

Football Manager Team of the Season

On Sunday the stars of the EFL headed to Park Lane in London to attend the prestigious EFL Awards – celebrating the huge achievements both on and off the field of those involved across the 72 English Football League clubs. One of the key awards of the evening was the Team of the Season – a squad put together of players from the Championship, League One and League Two who’ve all had exceptional seasons for their clubs.

Heading up the team is Darren Ferguson who has pulled together a team full of character, desire and winners. A 1-0 victory over Mansfield Town at the weekend guaranteed them promotion back into League One, with five games to spare. Doncaster this year have been incredibility consistent – having not suffered back-to-back defeats yet and now they’re promoted they won’t rest on their laurels as they ‘want to go unbeaten for the rest of the season’. 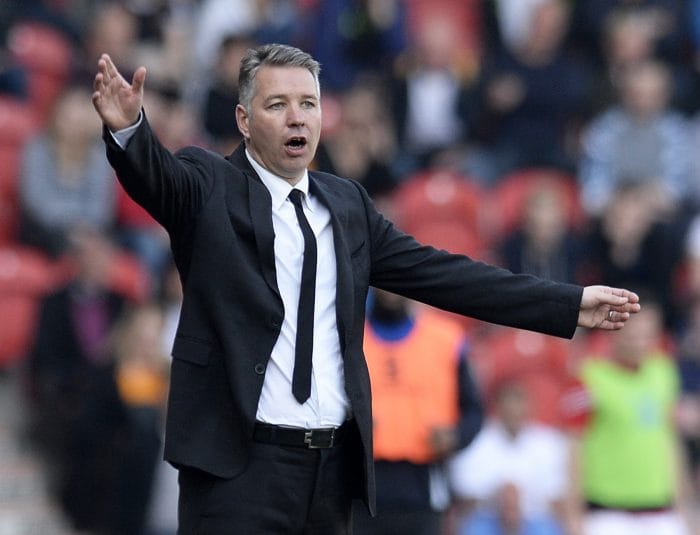 A highly sought after goalkeeper – Stockdale is increasing his value in every game – and his 19 clean sheets is the highest in the Championship. And that’s a great feat. The championship is full of prolific strikers within every team – Darren Bent, Chris Wood, Dwight Gayle, Ross McCormack, Glenn Murray, Tammy Abraham, Jonathan Kodjia…the list goes on.

After knocking up a tally of 11 different clubs since starting his senior career with York he’s now found a home with Brighton – and it looks like he’ll be a Premiership player next season. 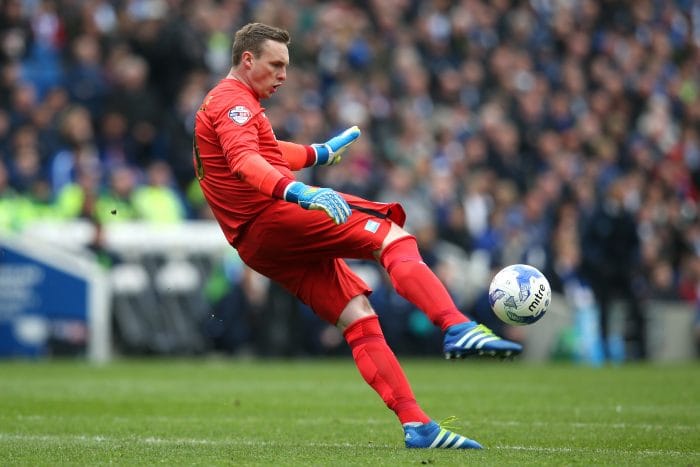 Representing Fleetwood Town is Northern Ireland international McLaughlin who’s be outstanding at the back – both defending well and getting a couple of goals at the other end too. Fleetwood were in a relegation battle last year but Rosler has turned to stars like Conor to turn their fortunes around and give them a chance of promotion this season. At just 25 he’s got a great future ahead of him if he continues to replicate this seasons form.

Leeds United have built their great season through a fantastic defence – and Jansson has been instrumental in that. Having played in Europe for Malmo FF and helping them lift the league title in 2013 he secured a move to Torino which started well – but after a managerial change he moved on loan to Leeds and he’s certainly made it work. In December he won the EFL Championship Player of the Month award before making his move to Leeds permanent in a £3.5million deal. If Leeds get promoted through the play-offs then Jansson looks like a player who’ll excel in the Premier League.

Sonny Bradley came into Plymouth during the summer – as they looked to build on a great previous year which saw them lose to Wimbledon in the Play-Off finals at Wembley. This year they are looking to go one further and Bradley has been key. With 14 clean sheets this season – alongside seven goals down the other end of the park – he’s contributing everywhere with his versatile skillset.

Another League Two player has been picked alongside Plymouths Bradley. Portsmouth have a slightly better defensive record this year – with 18 clean sheets at the back, and Stevens has been core within the team. Alex McLeish saw his ability when he signed Stevens to Aston Villa back in 2011 following Shamrock Rovers’ exit from the Europa League but he never quite made it into the squad consistently – but he’s now one of the key men in the Pompey side looking to regain promotion into League One.

Knockaert joins Stockdale in the squad. His creativity and vision – alongside his natural skill and ability – gave him the title of EFL Championship Player of the Season, making him a shoe-in for the team of the year. He’s not just a creator, shown by his 13 goals to add to the nine assists – higher than any player at the club this term. His emotional acceptance speech was a thing to be seen, dedicating the award to his father – a great player on and off the pitch. 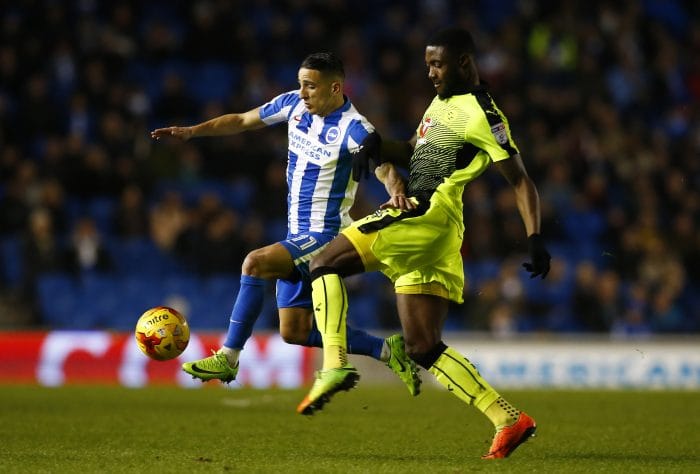 A player definitely on the radar of Pep Guardiola this summer will be Aaron Mooy. The Manchester City player has had a break-out season with Huddersfield with Wagner claiming he’s got some ‘extra class’. Eyebrows were raised slightly when Man City from Melbourne City in 2016 on a three year deal – the Australian international, who has five goals for his country, is lighting up the Championship and could be a key figure in City’s squad next year.

If there was an award for the best free transfer this season it would probably go to Scunthorpe United. Their recruitment of Josh Morris from Bradford City has been worthwhile to say the least. After netting just 11 goals in 108 games prior to his move to Scunthorpe he’s hit form. The former England U20’s player has scored 19 goals in 40 games, helping the Irons move to touching distance of the Championship – and his 13 assists have been equally as impressive as his goals.

Leeds United have had a few years of hurt – but under Garry Monk this year they’ve got a strong chance of gaining promoting through the play-offs. And one man has been hugely important in that – goal machine Chris Wood. His 24 goals in 38 league appearances this term make him an easy selection up front in the team of the year. The New Zealand striker seems to have settled in well at Elland Road – and he’ll be hoping he can deliver the goals in the play-offs.

A man who always scores goals where he is – Billy Sharp – finds himself in the squad this season. He’s the leading scorer in League One with an impressive 26 goals – having featured in every game for the Blades this season who secured promotion at the weekend with victory over Northampton. He praised his team-mates for the award for their fantastic efforts helping him put the ball in the back of the net – with the biggest praise going to Fleck who he thinks is the best player in the league.

Lastly on the list is Dwight Gayle. It was a coup for Newcastle drawing Gayle from Premier League team Crystal Palace but the lure of St James Park, Benitez and the incredible support the Magpies have made it an easy move – and he’s settled in extremely well. With 22 goals this year he’s been on of the Championships most prolific players and Newcastle will be hoping he continues that form in the Premier League next season if they’re able to keep up their promotion push.

We’d love to hear from you – what team would you have picked? 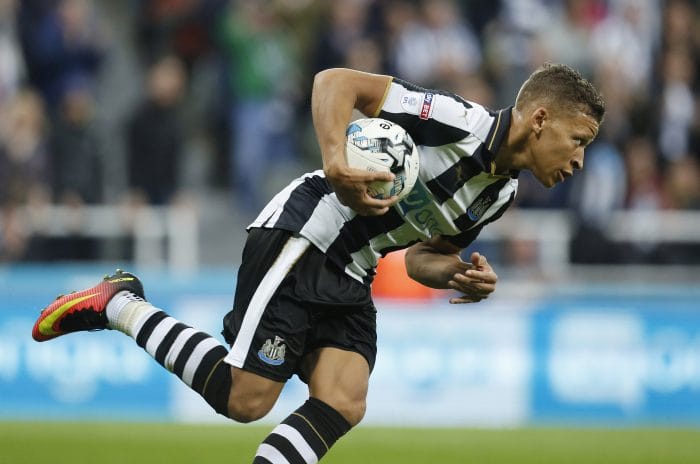