Hyde United, formed in 1885, will continue in their traditional colours, wearing a red Mitre Charge jersey throughout the 2017-18 season for home fixtures, whilst choosing a yellow and green option for their away jersey. The deal comes at an exciting time for Hyde United, having gone nine games unbeaten at the end of the previous season and looking to seriously contest for promotion in the next campaign. 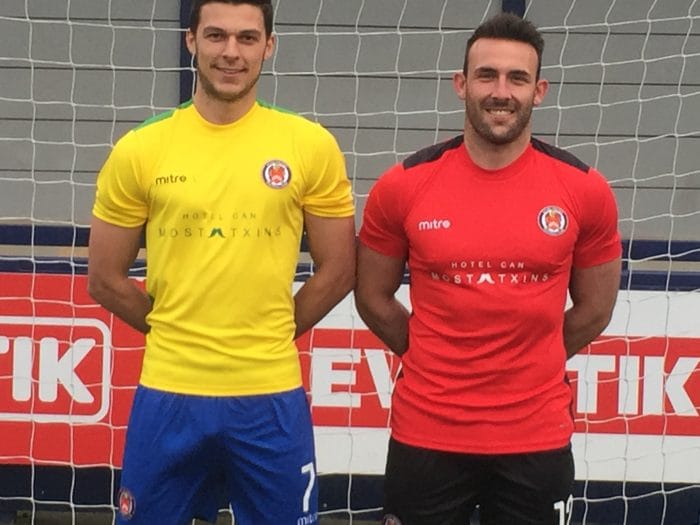 Mark Worthington, CEO Hyde United said: ‘’We’re excited to be working with Mitre, a brand steeped in heritage whilst also being known for their innovation within football. They’ve been very pro-active during the process and have done a fantastic job putting together the team kits. The range is of the highest standard and our entire academy and junior teams love the new kits.’’

Nathan Spencer, Brand Activation Exec at British brand Mitre Sports International commented: ‘’We’re delighted to announce this deal with Hyde United and hope this is the start of a long-standing partnership. Mitre has a strong history within football, celebrating its 200th year anniversary in 2017, and our values lie truly at the heart of the game. This partnership allows us to continue supporting clubs at all levels, delivering high quality kit and service to the players, coaches and fans’’.

Established in 1817, Mitre is one of the leading football brands worldwide. The brand continues to lead the way in football development and technology whilst still staying true to its British heritage. Mitre’s values lie at the heart of the game, the company specialises in developing products for every level – from grassroots right up to acting as Official Ball Supplier to both the English Football League & Scottish Professional Football League.