FOOTBALL VS RUGBY – THE FULLBACK CHALLENGE

Fiat Professional recently got four famous faces together – as football and rugby faced each other in the Fullback Challenge. The challenge pitted the fullbacks against each other in a series of strength, accuracy and versatility tests. Kitted out in their Mitre gear Danny Mills and Jackie McNamara face two former rugby players – Lee Byrne and Georgan Murphy – but only one could come out on top. The challenge coincides with the launch of the all-new Fiat Fullback pick-up and the launch of Mitres new apparel range. 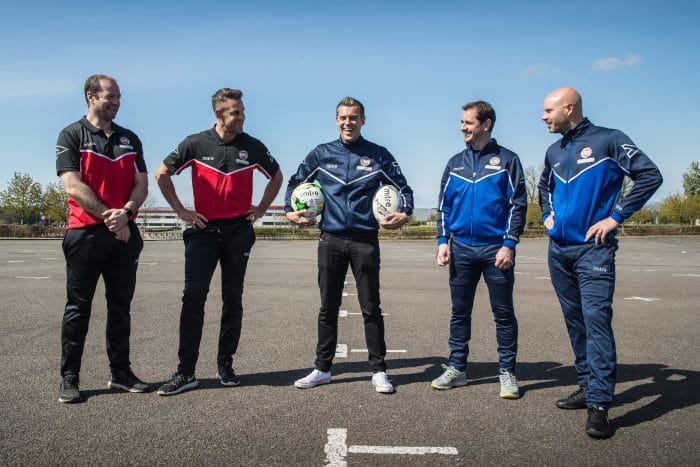 The two teams faced each other in a series of unique challenges incorporating the new Fiat Fullback – and wearing the stylish Mitre Primero range. Challenge one involved the two teams pulling the new Fiat Fullback, World’s Strongest Man-style, as far as they could in 15 seconds in a best of three format. Team Football took Team Rugby by surprise in round one, storming to a convincing win, despite an obvious size disadvantage. However, Team Rugby reasserted themselves, narrowly winning rounds two and three to emerge victorious from the first challenge. 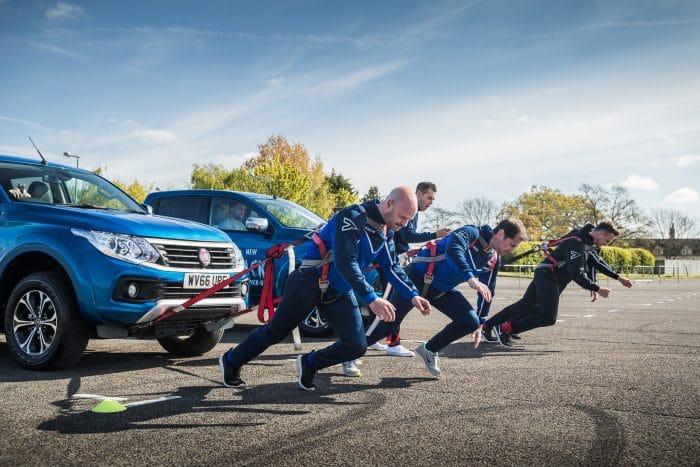 Challenge two tested accuracy, and required the teams to strike Mitre Delta Hyperseams through the back doors of a moving Fiat Professional Talento van, with two rounds of ten strikes. Despite their obvious advantage, Team Football struggled, losing round one 3-2 to Team Rugby.  They levelled the scores in round two winning 2-1 to send it to a ‘sudden death’ round. Danny Mills eventually hit the winning shot for Team Football, bouncing the ball into the back of the Fiat Professional Talento. 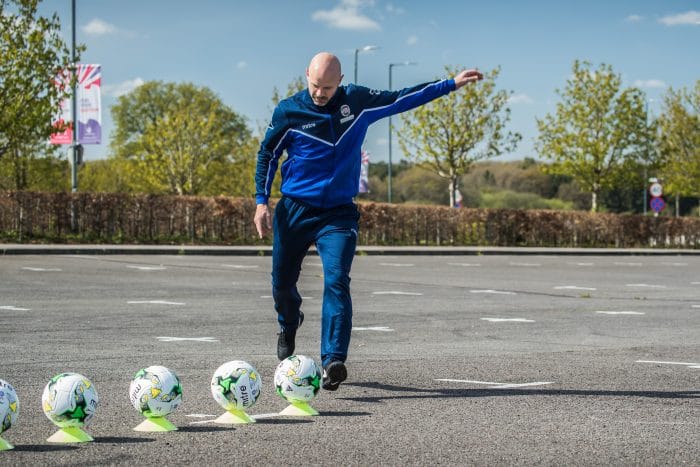 Challenge three was a test of versatility to confirm how each team would fare at the other’s sport. Team Football had to individually catch three high kicks with the Mitre Maori rugby ball, as if they were claiming an up and under, while Team Rugby had to control a football kicked high into the air with their feet. Points were awarded for technique and flair. Team Football emerged victorious following some textbook high ball catches from Danny Mills, meaning they claimed the overall challenge victory and bragging rights over their rugby counterparts. 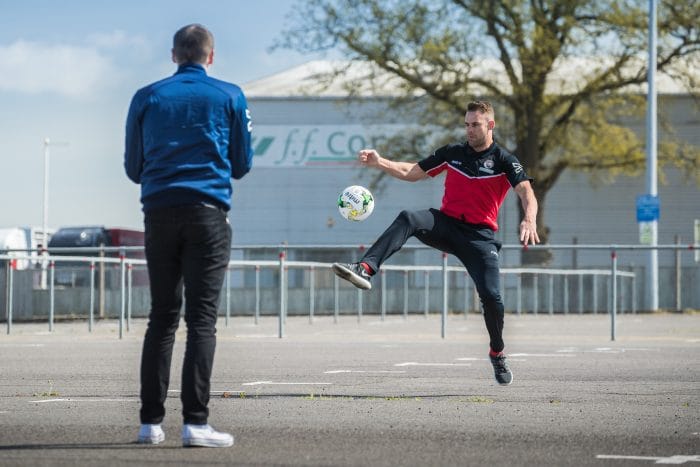 Who came out on top? You can view the full video here – https://www.youtube.com/watch?v=ES9B07PRmsc

Commenting on the challenge, the victorious Danny Mills said: “It was great to get one over on our rugby counterparts. It was a competitive day – I think we took Lee and Geordan a little by surprise in the first round of the Fullback pull challenge – the look on their faces said it all. Ultimately the right sport won. Who would have thought Scotland and England could come together to emerge victorious?”

Leicester Tigers Coach and former Lion, Geordan Murphy commented: “Lee and I are feeling a little hard done by after that. We went into the challenges full of confidence but Danny and Jackie were a lot tougher than expected. We’re just relieved we managed to recover in the Fullback pull challenge – I’m not sure we would have ever lived losing that down.”