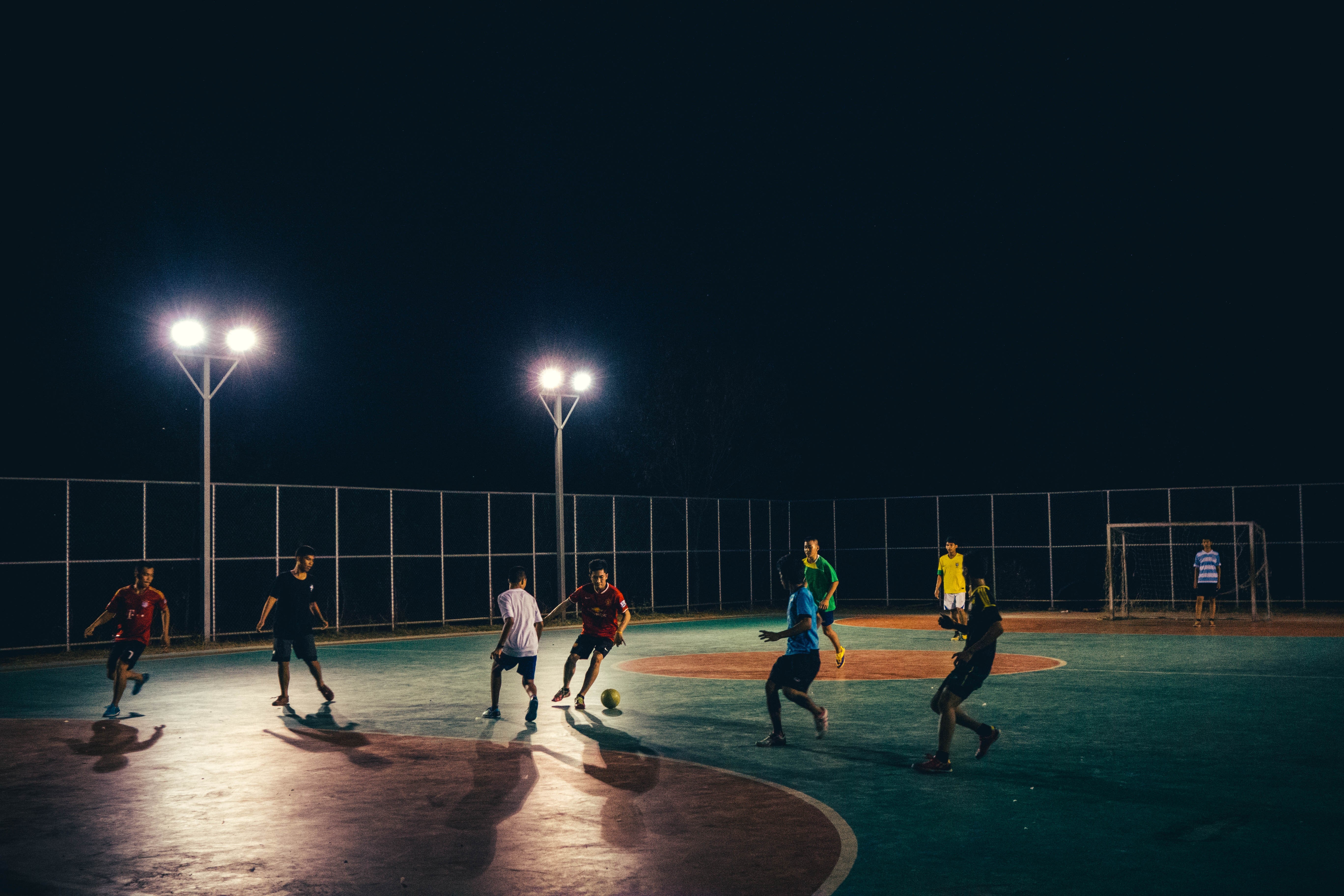 What do football legends Pele, Xavi, Ronaldinho, Messi and Ronaldo all have in common? Each played Futsal in their youth to nurture their incredible skills. So, what’s all the hype about?

Firstly, what exactly is Futsal?

Less rules (including no offside rule!), a faster pace, smaller pitches and only 5 players-a-side has created a game that relies on incredible technical skill and close control of the ball. Individual skill is prized over old-school formations and tactics. Recognised by both UEFA and FIFA, Futsal originated from South America in the 1930s and is now played across the world.

Why is it called Futsal?

Futsal started in Brazil and Uruguay where the crowded cities and a lack of pitches forced the football mad nations to play small-sided football. In 1936 the first rules emerged, and the name Futsal was chosen by FIFA, from a combination of the Spanish words for ‘hall’ (Sala) and ‘football’ (Futbol).

Why should you try Futsal?

The biggie is the impact of limited space on the way you need to play. The game demands the movement, rotation and creativity needed to unlock opponent defenses and create space for yourself and team-mates. It differs from traditional English 5-a-side in that it fosters skillful play above physical contact. Futsal also gives you the chance to play both attacker and defender, as the game swiftly switches between defending a counter-attack to launching one, and then back again (hope you’ve been getting that cardio in!) The nature of a smaller team means more time on the ball, and opportunities to play different positions. Finally, it’s usually played indoors, so ideal for our beautiful British winter weather.

Don’t fancy taking our word for it? Here’s four Futsal quotes from the legends themselves…

Cristiano Ronaldo – “During my childhood in Portugal, all we played was Futsal. The small playing area helped me improve my close control, and whenever I played Futsal, I felt free. If it wasn’t for Futsal, I wouldn’t be the player I am today.”

We have outdoor futsal balls that are suited to even the roughest futsal surfaces, developed to help players get the most out of their game, whether they are practicing skills, honing their technique, or playing in a league or tournament match. With quick match-play and incredible dribbling, tricks and close control on display, it’s no wonder that futsal is so popular with players and fans alike. Choose from our range of high-quality futsal balls today.