Every football coach has their favourite training drill, or session, to run through with their squad. Whether it’s working on a specific technique, building player confidence, teaching a certain principle, or a mixture of them all, these drills can be a great way to help players of all ages and levels to progress their skill set.

We spoke to FA accredited youth coach of an U9’s team in Liverpool, Chris Young, about the session he’s found most successful with his young team. 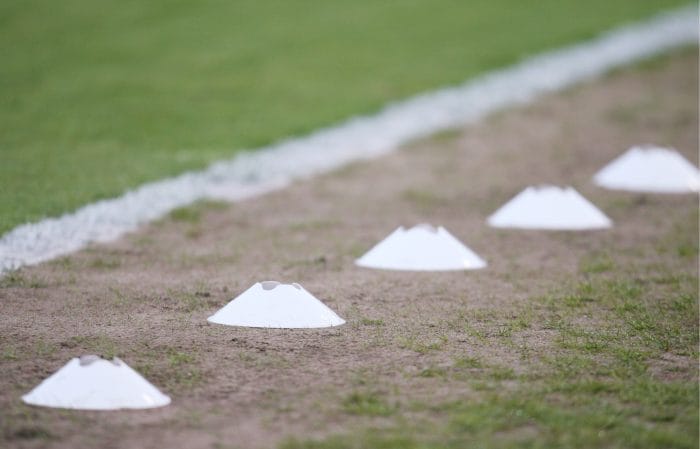 Instead of a traditional warm up of stretches or laps of the pitch, Chris asks his players to take part in ”The Skill Square”, which he says is ”basic ball mastery” and lasts for just 10 minutes. In Chris’ words, this is how it works:

”Using a square of 15yds x 15yds, the players have 1 ball each. To start with, I ask them to complete a series of quick movements such as 10 toe taps on the ball, then into 10 ‘tick-tacks’ (moving the ball in between their feet from one foot to the other). I then ask them to move around the square, with their head up…I ask them why; stock response: so we don’t run into traffic.

I tell them that if they move towards the edge of the square, then they MUST perform a turn of their choice to get back into traffic. It can either be a simple drag back, an inwards step over, to stop the ball or, if they are confident enough, a Cruyff turn.”

So what do the team get out of this drill? Chris thinks that this particular exercise is one of the most highly effective he has ever used in getting his young players to learn about close control.

”After 3 years of practising this, my boys have become really skilful players; not only in open play with space in front of them, but also in tight spaces close to their own goal. No panic; just a belief in their ability.”